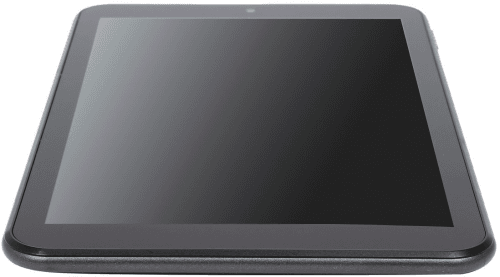 The E2281 is the only Hisense tablet computer we have on file.
You Should Also Check Out: Top 10 Best Android Tablet Computers 2021

Given its relatively minimal specs, it seems that the only reason to pick up the Hisense Sero 8 over competing Android slates is its aggressive price tag. Of course, its sub-$200 price comes with some trade-offs. On the outside, it flaunts what Hisense calls a full-HD IPS display, which actually has a resolution of 1280 x 800 pixels. Inside its rather bulky (10.5mm, 450g) plastic housing, the Sero 8 packs a quad-core 1.4GHz Cortex-A9 processor and 16GB of local storage which can be expanded by up to 32GB with a microSD card. Now, the rest of the specs explain how this tablet managed to keep its price low: 1GB RAM, 4000mAh battery, two low resolution (2MP rear, 0.3MP front) cameras, and an older Bluetooth version (3.0) that makes "zero sense" for a device released in 2014.